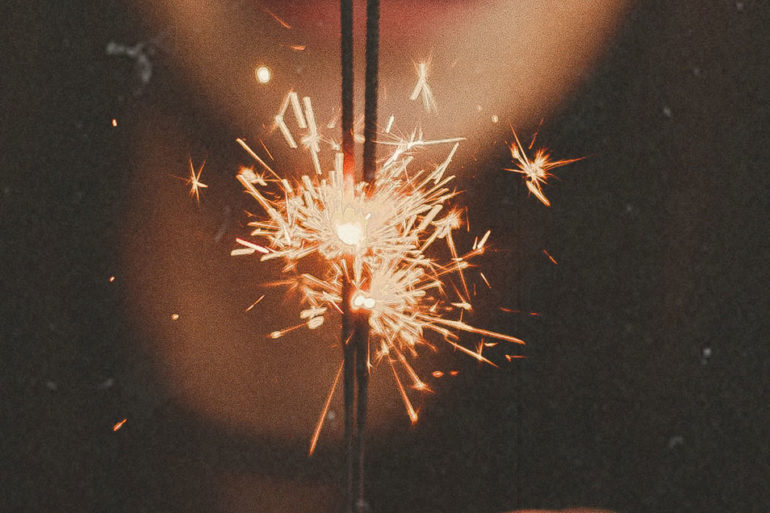 Kick off 2019 in style: Where to spend New Year’s Eve in Spain

Stuck for plans this New Year’s Eve? Don’t worry, we’ve got you covered. A trip to Spain is all you need to welcome 2019 in style. Renowned for its golden beaches, delicious food and welcoming people, Spain is a favourite destination for holidaymakers from all walks of life. The festive season brings the ‘Land of Passion’ to life with wild parties, plenty of dancing and a wealth of New Year’s traditions – like wearing red underwear and eating twelve grapes at 00:00 for good luck – to match. So grab your dancing shoes and book yourself a trip to one of these top five Spanish destinations to welcome in 2019.

Party animals and city lovers should head to Madrid for a night to remember. Spaniards from all over the country flock to Puerta del Sol, where cava, grape punnets and festive cheer line the lively streets. Watch as the clock on the old city hall strikes midnight, followed by a firework extravaganza that lights up the entire city and is broadcast live on national television. Many people come in fancy dress, giving the party a carnivalesque atmosphere that carries on well into the wee hours. Once the countdown is over, grab a drink in neighbouring Chueca, known as Madrid’s ‘Soho,’ or head to one of the city’s renowned mega-clubs to bust a move.

If crowds and clubbing aren’t your thing, don’t despair. Madrid has one of the best restaurant scenes in the country, with New Year’s Eve menus for every budget. Sit back and relax with friends and family while you enjoy some tasty tapas in Las Doce Campanadas – a restaurant specialising in New Year’s Eve dinner – or splash out for a romantic candlelit evening in fine-dining hub Orfila.

Make a holiday of it: Urban Sea Atocha 113

For a New Year’s Eve soaking up the sun, look no further than Tenerife, in the Canary Islands. It’s one of the best times of the year for windsurfing and, with temperatures in the mid-twenties, it’ll be easy to get that much sought-after holiday glow. Tenerife’s rugged volcanic landscapes will afford breath-taking views – the perfect backdrop to say goodbye to 2018, especially if you join the locals in one of the many beach parties held across the islands. Bring a picnic – don’t forget your twelve grapes! – and enjoy a magical night of music and fireworks.

Looking for something a little more exclusive? Soar into 2019 in style with a swanky boat party. You can either book through an agency or rent a boat with friends to throw your own party. If you’re hosting, you could serve a traditional festive feast complete with mojo olives, papas arrugadas (wrinkly potatoes) and sweet truchas to finish off.

Make a holiday of it: Blue Sea Costa Jardin & Spa

Similarly, just across the water, Lanzarote enjoys temperatures between 17 and 23 degrees coming into the new year. Many of the towns in Lanzarote spill out onto the streets to celebrate New Year’s Eve, with street parties and live music to join in with. Both Puerto del Carmen and Costa Teguise enjoy council-led festivities, which end with lavish firework displays, while there are plenty of restaurants to choose from, hosting celebratory meals with free drinks.

During the daytime, there’s tonnes to do in Lanzarote during January. The weather is warm, and the sea, while not warm enough in a bikini, is still comfortable in a wetsuit – ideal for keen surfers and sailors. If that all sounds too breezy for you, head inland and explore the island on foot, and make sure to stop of at Cesar Manrique’s house.

If you stay past New Year’s Eve to the 5th January, you’ll be in time for Lanzarote’s Día de los Reyes or Day of the Kings. Expect to see wise men riding camels, throwing copious sweets to children as they meander through the streets.

Make a holiday of it: Blue Sea Costa Bastian

Spain’s south is the home of breath-taking coastal and natural landscapes, striking Moorish architecture and flamenco. Think the stunning sunsets of the Costa del Sol, and all the fun towns like Torremolinos hold in store. There are many ways you can spend the last night of the year in Andalucia. Just a stone’s throw from Granada is Sierra Nevada, a stunning ski resort. After a day of hitting the slopes, gather at one of the chalets for a night of champagne, grapes and fireworks, surrounded by glittery snow.

Not into skiing? Gather some friends and go all out in Torremolinos, where natural landscape meets lively bars and family-friendly restaurants – there isn’t a livelier way to bring in the New Year than dancing atop tables!

Make a holiday of it: Gran Cervantes Hotel

As well as wearing red underwear and eating twelve grapes at midnight, it’s tradition for Barcelonans to put a piece of gold jewellery in their champagne glasses to toast the New Year. The best place to do this would be the street party in Avenida de la Reina Maria Cristina, surrounded by the National Palace. As well as an astonishing firework extravaganza and street performers entertaining the crowd, the flagship event that warrants Barcelona’s place in this top five list is the Fuente Mágica display. The Magic Fountain certainly earns its name as it matches a stunning choreography to music from a live orchestra, kicking off the countdown to midnight with a splashy bang. This year promises to be extra special as the whole event is inspired by the grape, and honours its special place in New Year’s celebrations.

For a leisurely New Year’s Eve soaking up the Mediterranean atmosphere instead, head to the nearby Costa Brava. There’s something very romantic about the picturesque coastal towns in winter, and the quiet beaches are perfect for a romantic stroll in the afternoon sun. With plenty of hotels and restaurants offering New Year’s Eve menus, you’ll be spoilt for choice!