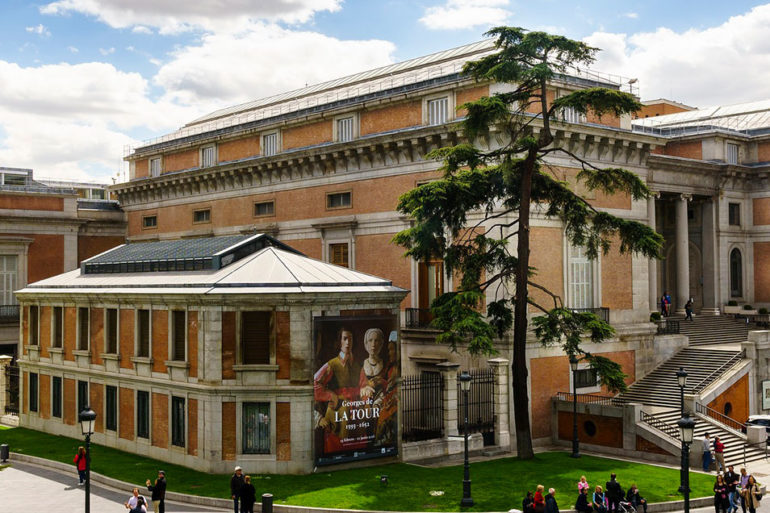 City breaks with a dose of culture: Madrid museums

Madrid is a city full of culture, life, and museums. In fact, Spain’s capital is home to over 40 museums, with exhibitions ranging from artwork to science, and history to fashion.

You may come for a day trip or spend entire weeks wandering the streets of Madrid – but however long you stay for, a trip to some of its museums is a must.

With so many to choose from, it can seem impossible to know where to start, so we’ve selected the crème de la crème of Madrid’s best museums, and here they are: 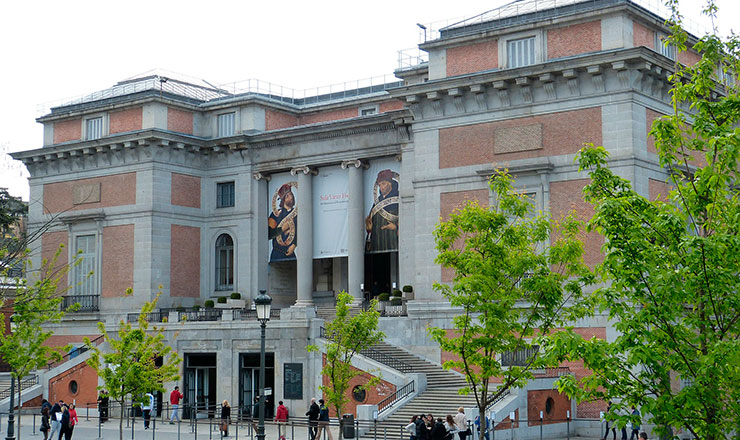 Spain, and indeed Madrid, is famous for producing exceptional artists. Madrid honours its artistic history through its many museums dotted across the city.

If you visit no other art museum, visit the Prado Museum in Madrid – it’s one of the city’s top attractions and one of the world’s most famous art museums.

The museum is 200 years old, having first opened its doors in 1819 and has survived the destructive forces of the Spanish Civil War and successive world wars as a haven for artistic treasures.

Today, the ultimate collection of classical and religious art, Prado museum in Madrid is home to 8,600 paintings and over 700 sculptures, including the works of Bosco, Murillo, Zurbarán, Velázquez and El Greco. There’s so much to see at this superb museum that you’ll want to return time and time again. Fact. 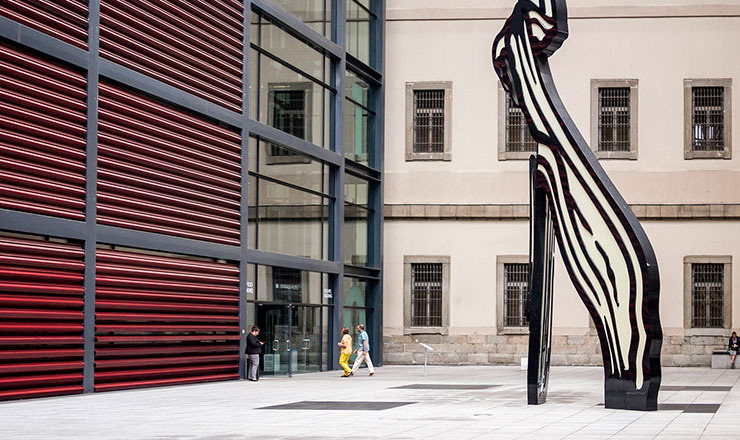 Another more than worthy inclusion in your Madrid museum tour is the Reina Sofia Museum.

Reina Sofia Museum is home to arguably Spain’s most famous painting, Picasso’s “Guernica,” together with an extensive collection of works by Joan Miró and Salvador Dalí, including his iconic melting clocks.

The supreme assortment of modern artwork primarily focuses on Spanish artists of the 20th century with the odd non-Spanish artist making one or two contributions.

The Reina Sofia Museum is housed in the former Old Madrid General Hospital, converted into the museum in the early 19th century. With the museum separating its permanent exhibitions into the 3 categories – “The Irruption of the 20th Century. Utopia and Conflict (1900-1945)”, “Is the War Over? Art in a Divided World (1945-1968)” and “From Revolt to Postmodernity (1962-1982)” – its former role as a hospital adds poignancy to exhibitions.

So add this one to the list, it’s a must.

This fantastic museum, known as the ‘Museo de Arte Contemporáneo’ in Spanish, not only houses some of the finest examples of modern art, it also plays a big part in the Spanish community, hosting a range of events for people of all ages.

The museum puts on theatrical performances and music concerts, hosts workshops, courses and painting competitions, holds conferences, arranges special guided tours and does just about anything else an art museum can.

The art itself is magnificent, ranging from painting and graphic works to photography, engravings, drawing and sculpture. One final draw is the careful reconstruction of famed writer Ramón Gómez de la Serna, an icon of the early 20th century artistic avant-garde movement in Madrid, whose works influences the museum’s permanent collection.

If it’s old school history you crave, then Madrid does not disappoint.

Make a beeline for the Museo Arqueológico Nacional (MAN) to discover rare, informative and sometimes mysterious artefacts from almost every time period you can think of.

The MAN has objects dating as far back as the Prehistoric period, including an enormous new exhibition dedicated to the prehistoric Cuevas de Altamira. Other periods and occupations explored in the MAN include the Egyptian, Iberian, Ancient Greek, Roman, Celtic, Christian and Visigoth.

The Museum shares it’s building with the National Library, ideal if you want to read up on something you’ve newly discovered! 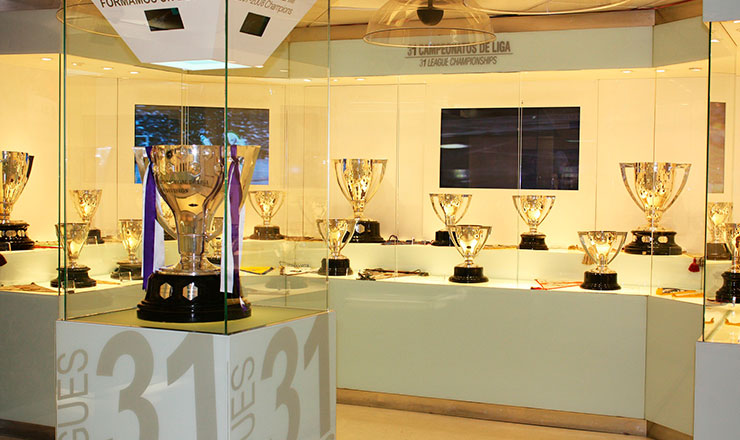 Perhaps the most recognisable export from Madrid in the modern age, it’s no wonder that the city’s world renowned football team has its own museum.

The Real Madrid Museum features displays of the hundreds of cups won by the team, a wall full of photographs depicting Real Madrid’s players throughout the club’s history, and written descriptions of the team’s evolution.

It’s not all about football, though – the museum also features displays of the Real Madrid basketball team.

This is a museum for dedicated sports fans, but if you really are a football fanatic, you can combine a visit to the museum with the Real Madrid Stadium Tour, reducing the cost and resulting in the ultimate, in-depth Real Madrid experience. 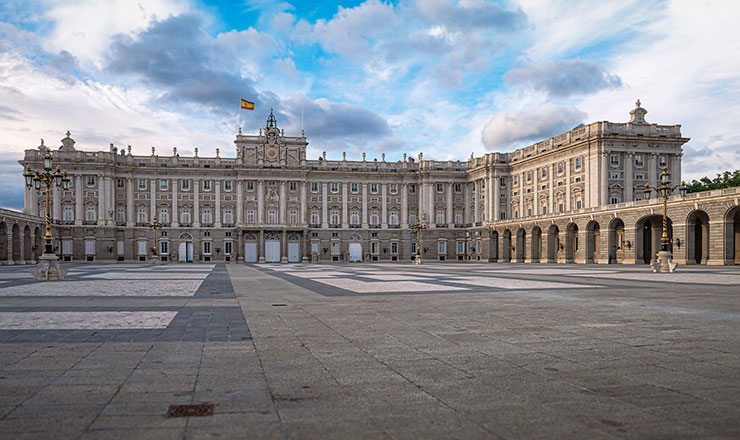 The Madrid’s Palacio Real is the largest royal palace in Western Europe, consisting of over 3,000 beautifully decorated rooms filled with tapestries, paintings, sculptures and ornaments.

The palace sits in the beautiful Plaza Oriente, opposite the Royal Opera house and looking out over the Gardens of Sabatini. Talking of gardens, do not leave the Royal Palace Museum without exploring the stunning El Campo del Moro gardens. A perfect marriage of elegance and natural beauty, the fountains, flowers, and garden features are a wonderland waiting to be explored.

Another museum to note is the Naval Museum of Madrid, featuring fantastic exhibitions chronicling Spain’s maritime history with the aid of artefacts including ancient maps, weapons, old currency, captains’ diaries and much more.

The Natural Science Museum is another gem and certainly a rival to London’s Natural History Museum. Madrid’s National Science Museum features an exceptional Mediterranean Nature and Civilisation exhibition, along with hands-on and interactive temporary exhibits and a resident Diplodocus (replica).

Finally, it would be wrong to omit the Museo Thyssen-Bornemisza, one of the largest and most exceptional private art collections including over 1,600 magnificent paintings of multiple time periods, styles and genres – we guarantee it will be unlike anything else you have ever seen before.

Fancy a trip to Madrid? Take a look at our Urban Sea Atocha 113 hotel, located right in the thick of it.