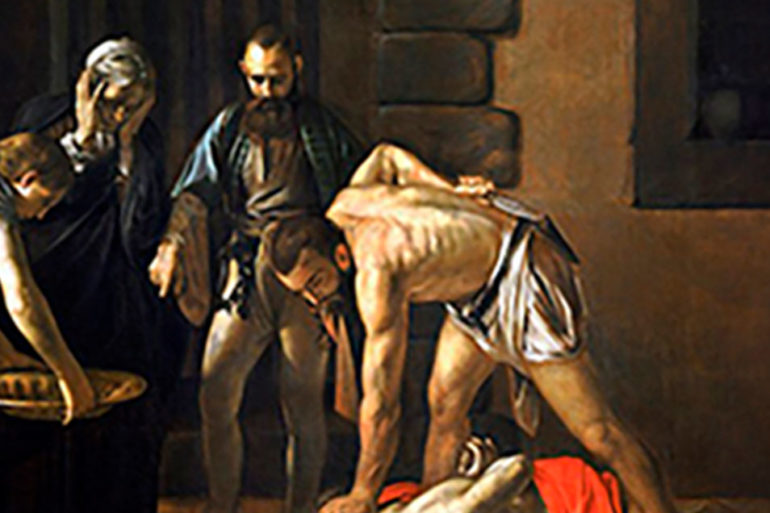 Caravaggio. A fugitive in Malta

If your next destination is Malta, you should know that 400 years ago the great Italian painter Michelangelo Merisi da Caravaggio was living in the island. We are talking about an artist who belongs to the Italian Baroque period whose busy life was full of polemics. He left an unforgettable print not only by his art but also by his attitude, which is reflected in the giant painting of the St John’s Co-Cathedral of Valletta.

The composition, entitled The Beheading of Saint John The Baptist, is the biggest of his career. The artist reflects a violent moment with seven figures as a real size, and in the background you can see the details of an inner courtyard of execution.  The intention is to touch the sensitivity of the audience.

Caravaggio arrived to Malta in June 1607 from Rome escaping of an homicide.  His first step was to paint a portrait of Alof de Wignacourt, a member of the Order Of the Knights of Saint John, which can be found today at the Louvre Museum in Paris.

After that, he began to paint The Beheading of Saint John the Baptist, a work that he would end up the year 1608. Caravaggio had a big interest in getting in the Malta Order, but there were some conditions he was not complying, such as never being a religious man and he also had people constantly talking about his homicide in Rome. Therefore the artist knew that it was not going to be easy to get into the Order, he used the huge painting as a payment in order to belong to it. That was his dream and he would do anything to achieve it.

Finally, inJuly1608 he was invested as a Knight with all the honors, and he had the forbiddance of leaving the island without permission.

Shortly after, he was accused of having wounded without evidence another member of the Order and he was arrested and imprisoned by the knights. Meanwhile, the inauguration of the huge painting in the Co-Cathedral was taking part. Caravaggio escaped of prison with some help and he appeared in Syracuse (Sicily), where he kept having problems until his death by fever in 1610 in a little Toscana’s town.

Don’t forget to visit the amazing St. John’s Co-Cathedral in order to contemplate this piece of art full of history and beauty.

We encourage you to go out and look for the many stories and secrets Maltese Islands offer.