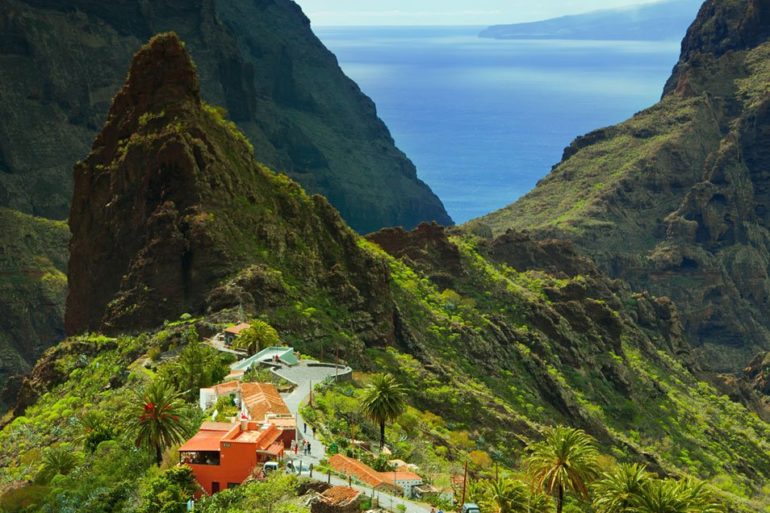 Not just a fantastic location to relax and unwind, but there is also a wealth of exciting things to do in Tenerife. Getting the most out of a holiday in Tenerife could not be easier, as the island is bursting with beaches, nature parks and sightseeing opportunities.

But with so many things to do, it is sometimes difficult to know where to start when you are looking for a bit of added excitement or wishing to discover the quirkier side of the island. To help, we’ve put together a guide to some of the best locations, landmarks and attractions to make sure that you that don’t miss out. 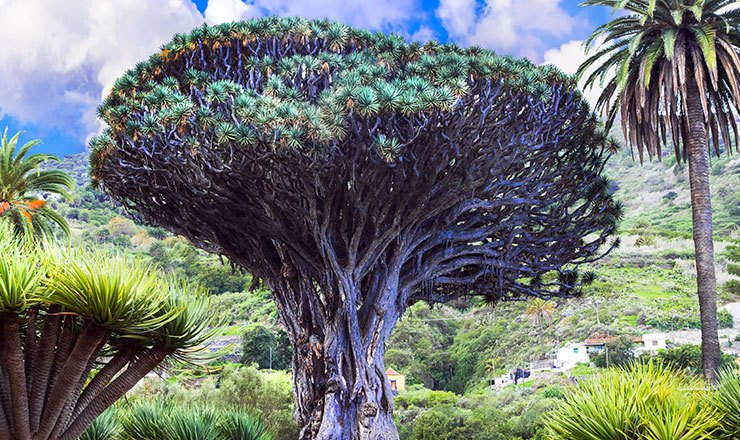 If you are looking for one of the most unusual things to do in Tenerife, then look no further than the ancient Dragon Tree at Icod de los Vinos to the north west of the island.

This legendary tree is thought to be up to 1000 years old, and is one of those iconic landmarks that will truly give you a sense of this island’s rich history. It is little wonder that dragon trees are the symbol of Tenerife, as they are one of the most unusual looking trees you are ever likely to see with their curiously-shaped branches and striking spiked foliage.

The tree gets its curious name from its deep red resin, which has long been called ‘dragon’s blood’. It is said to contain many healing properties, and the tree at Icod de los Vinos is so revered that it is protected in its own small park setting.

Find Pyramids outside of Egypt 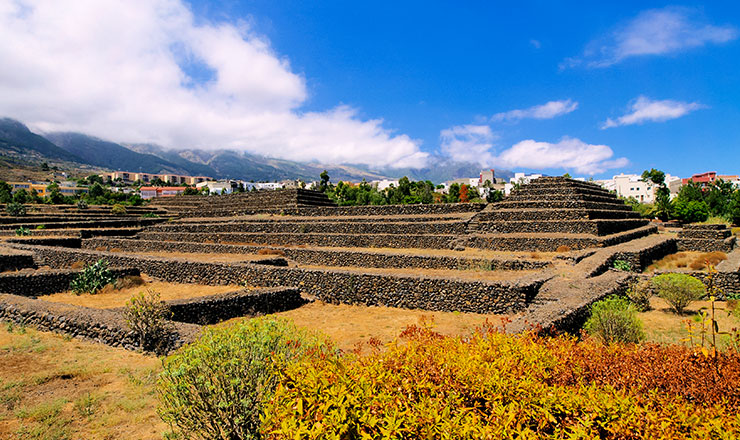 Pyramids might not be what you’d expect to find in Tenerife, but at the Ethnographic Park Pyramids of Güímar, you will discover a mysterious set of square pyramids.

Within easy reach of Tenerife’s most popular hotels, the pyramids are set within a specially-created botanical park, where you can wander at leisure, admiring exotic plants as you make way towards the complex of pyramids that await.

The park has the added bonus of a wonderfully informative museum, as well as a panoramic terrace for absorbing the views and taking a few memorable holiday pictures. No one knows exactly why these mysterious pyramids were built, but they will certainly make a good talking point when you get home.

Take a trip to the Masca Valley Bay 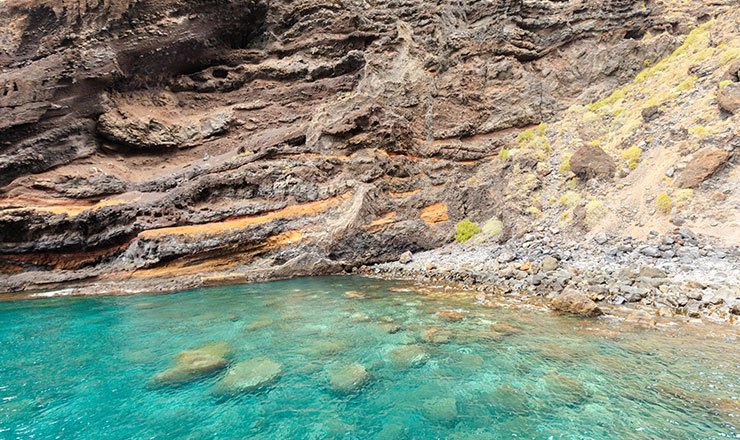 If it’s a spot of excitement you’re looking for, then a trip to the picturesque Masca Valley Bay is sure to hit the mark.

Make a day of it and trek through the unforgettable landscape, visit the village that perches between the magnificent mountain terrain before relaxing in the bay itself, which was once reputedly a hideaway for pirates.

The bay provides the idyllic backdrop for a cooling swim in the clear waters, before ending a perfect day with a relaxing boat trip back to civilisation and some well-earned refreshments. 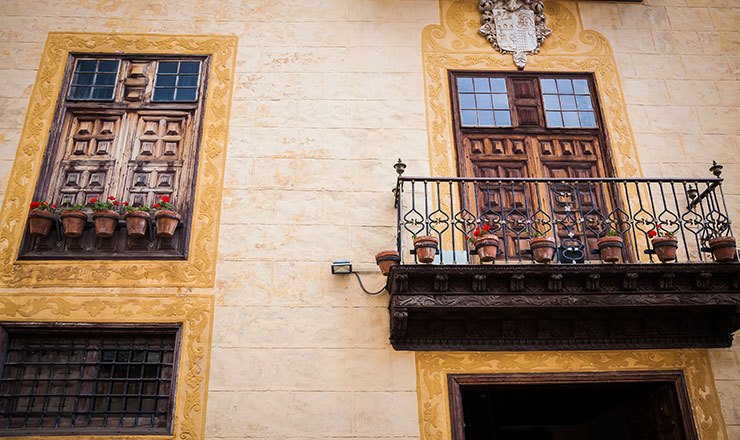 La Orotava is a quaint little town that has a lot to offer, particularly for those who are looking to explore the more traditional side of the island – its great mix of quirky attractions, pretty buildings, and delightful gardens are a sight to behold.

The town is perhaps most famous for its ornate balconies, and the House of the Balconies is not only a fine example of the traditional craftsmanship that survives, but also a good place to find a unique gift to take home.

While you’re there, do not miss the Latin American Craftwork Museum, another quirky gem, and the romantic gardens of Hijuela del Botánico. 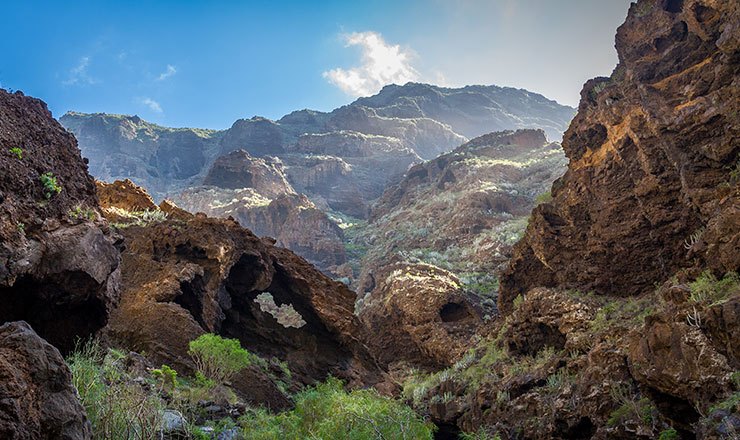 There are plenty of unusual things to do in Tenerife, but if you are looking for something truly different, then head underground to the largest lava tube in Europe.

Cueva del Viento can be found at the north of the island and a small, expertly guided tour will take you through this delicate subterranean world. Giving you a unique insight into how this natural cavern is formed by volcanic activity some 27,000 years ago, a tour of the tunnel is highly recommended.

Known as the ‘Cave of the Wind’, the tube-like cave system makes for an atmospheric journey through some wonderful rock formations. For a short time, you will feel like a real explorer as an informative guide takes you through an otherworldly landscape into a hidden part of the island.

Feel sand from the Sahara at Las Teresitas 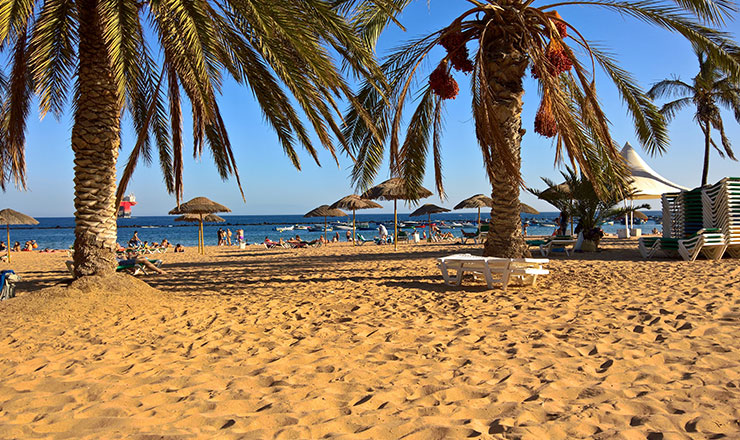 It would not be a holiday to Tenerife without a trip to the beach, and Las Teresitas with its sandy beach and shallow waters is a great place to relax away from the crowds, popular only with those in the know.

The Teresitas features some of the best sand on the island – all thanks to its imported Saharan soft white sand – making it perfect for a day in the sun.

With its palm trees and mountain views, Las Teresitas provides a great escape from the hubbub of resorts without needing to travel far from the excitement of the towns.

Swim in a Natural Sea Pool at Garachico 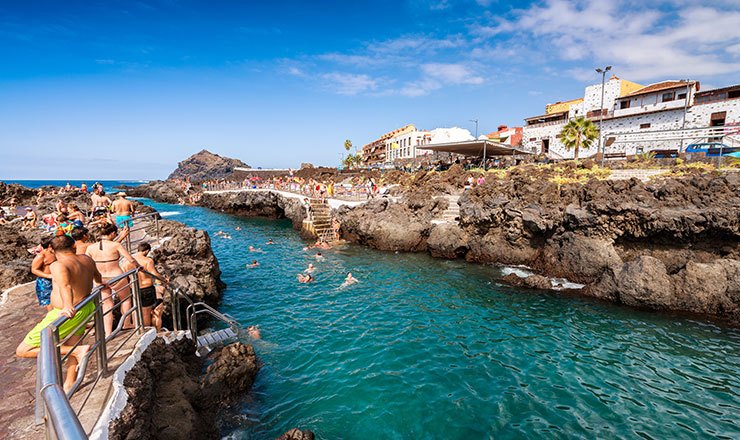 Away from the beaches, why not take a dip somewhere with a touch more excitement? Tenerife benefits from a wealth of natural sea pools where you can take a dip with a difference. Relax among the rugged landscape of Garachio’s naturally formed channel and gaze out to sea.

These volcanically formed pools will suit just about everyone as there are shallow spots to swim in, as well as deeper pools for the more adventurous. It’s best to pick a calm day to get the most out of this natural coastal attraction, but once you’re there, you’ll be spoiled with excellent views all around. Pick up some local delicacies on the way and make the most of your visit with a poolside picnic.

If anything in our short guide has caught your eye, be sure to check out our Tenerife hotels – they provide a perfect base to explore any of the above.